How to view edits made on a task in the Studio? Print

The studio history is a powerful tool as it displays all the actions performed and the comments left on a selected target segment.

As well as the other widgets, the history is available on the right side of the studio and accessible by clicking the button

You can also move it to the bottom of the screen by dragging and dropping it with the corresponding handle. 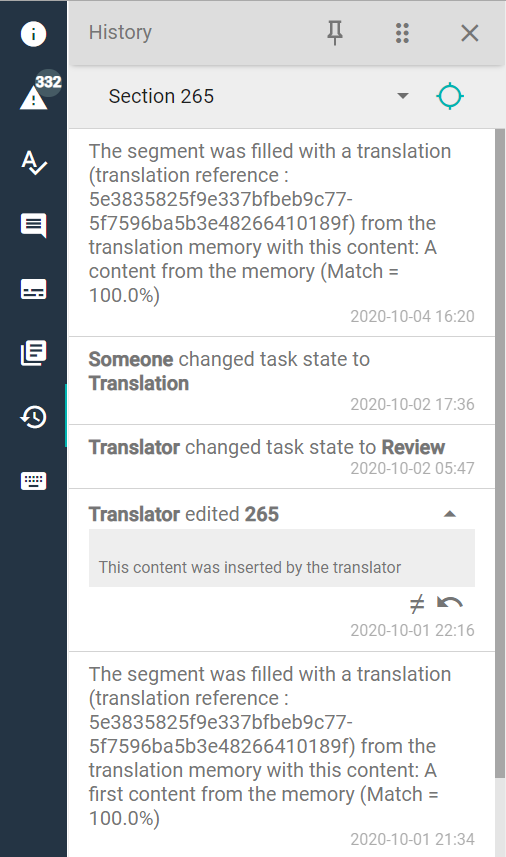 The history is displaying all the changes that occurred on a segment, in this example the segment number 265.

A few examples of such changes are here, a filling by the translation memory, a task state change, and also an edition of the segment by a user.  Added comments are also visible in the history of a segment.

Note the two buttons between the Translator edited 265 update:

You can activate the display of the segment difference by clicking on the corresponding button.

You can enabled the Versioning feature by selecting it in the History widget's filter: 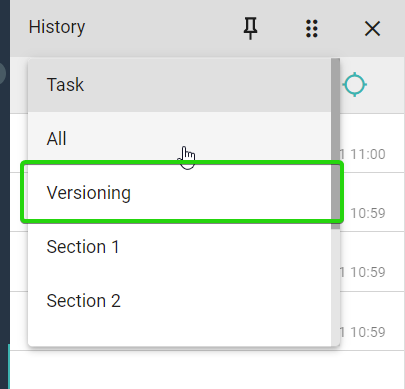 The versioning feature allows you to track all the changes made to segments at each step of the localization. Within the widget, select Versioning under the drop-down list. The differences can be displayed the same way they are in segment history, and you can also revert changes using

Example of a classic view 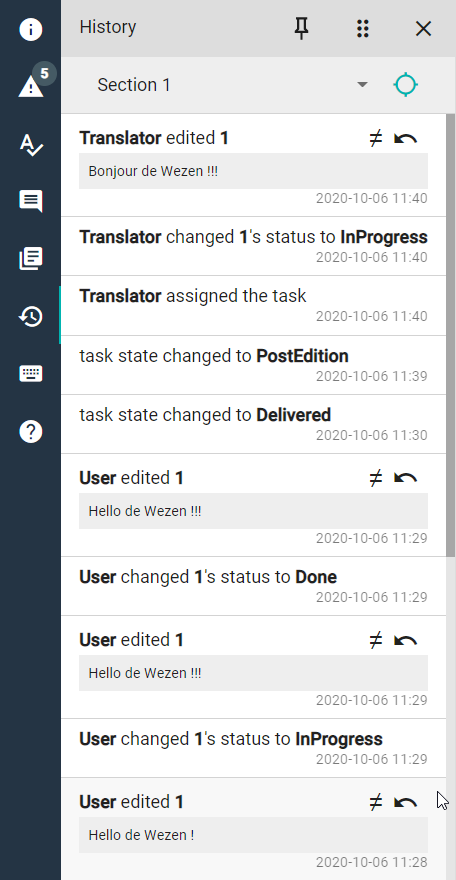 Here is what the history widget looks like with different successive updates and state changes.

Did you find it helpful? Yes No

Send feedback
Sorry we couldn't be helpful. Help us improve this article with your feedback.